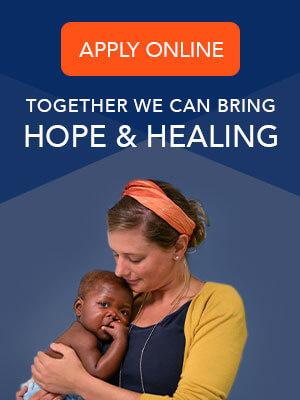 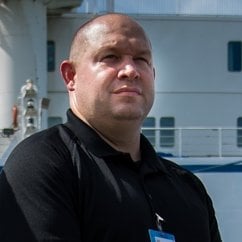 Peter Koontz Posts: 15 ✭
June 2015 in Introduce Yourself
We weren't looking for anything.  The "we" was me, my wife, Dara, and our three kids, Grace, Elijah, and Malachi.  I had my dream job as a firefighter.  We had just finished building our dream home on 10 acres north of Seattle.  We had never heard of Mercy Ships.  Then it blipped on our radar twice within a matter of months.  We knew it wasn't coincidence.  In early spring 2006 my wife and I attended FMS (then known as IMS).  We flew back home, I quit my job, we sold our home, did some quick fund-raising, and moved to the IOC to do Gateway.  I did a six month jaunt in Marine Operations at the IOC before we were asked to go to the Africa Mercy in May of 2007 just before she made her maiden voyage.  What a trip that was!  We lived onboard for eight years (added a fourth child, Xavier, in year two) and just transitioned back to the IOC where I am serving in maritime training.

There have been many mountains, valleys, plateaus, and other various topographically represented sprititual and emotional experiences so far...and we wouldn't trade them for anything.  Upward and onward.
0 · Share on FacebookShare on Twitter