How to turn a good presentation into a great one. 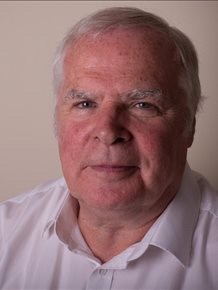 MikeTemple Member Posts: 13 ✭
July 2018 in Alumni
As a retired Development Training Facilitator and now a UK Volunteer Speaker,  I thought I would write a piece on how to give a great presentation.  Albert Einstein once said, "If you can't explain it simply, you don't understand it well enough


A BBC presenter once sat next to Winston Churchill as he gave a speech in which he kept his audience hanging on every word. The presenter noticed that what appeared to be notes in his hand was in fact just a laundry slip.

Later he mentioned this to Churchill. "Yes", said Churchill "It gave confidence to my audience."


So here are some of the tips I used to give to my students For the UK Speakers the new Powerpoint presentation created by the MSUK office is excellent as it moves seamlessly from the Need, to Capacity building, to the Crew and finally "Give, Go and Pray/Get involved.

As my confidence as a presenter has gown over the years, I've also found I rely less on props. My early presentations were jammed full of slides as I was afraid that I would run out of content, and invariably I talked far too quickly to get though all the slides. I was talking AT my audiences, not TO them. Now I've learned to have as few slides as possible, to slow down, to question the audience and involve them in discussion: to treat them as individuals rather than objects to be afraid of. Surprisingly, the most successful presentations I have made have been when the technology has failed. If for some reason the projector hasn't worked, you are thrown back to basics and forced to communicate directly with the audience, to interact with them and set up a dialogue without the barrier of PowerPoint. It takes more courage, but is ultimately more successful.

Who's Online in this Category0